By Jennifer McCallum on

I’ve traveled the world to see blue ice up close.  In Iceland I’ve kayaked between icebergs in a glacial lagoon and watched the blue icebergs float by through the rain at the Jökulsárlón lagoon in Iceland.  In New Zealand we took a tour on a zodiac boat through the glacial lagoon near Mount Cook.  Unfortunately we couldn’t get too close, since icebergs can be so unpredictable.

So you can imagine how excited I was to find out that blue ice occasionally appears along the shores of the Great Lakes.  Yep, right here in Michigan!  It doesn’t happen all the time, the last time was in 2018.  And since this was the first time I experienced the blue ice I can’t tell you if it’s always this amazing.  But I can tell you that it exceeded any of my expectations.

And the bonus of having the blue ice in Michigan?  We could take our dogs, which means a dog photoshoot on the blue ice!!!

So rather than keep trying to explain what the blue ice was like, take a look for yourself.  Bernie and Violet thoroughly enjoyed their photoshoots.  I went back three times over two days since we were only an hour and a half away at the time. 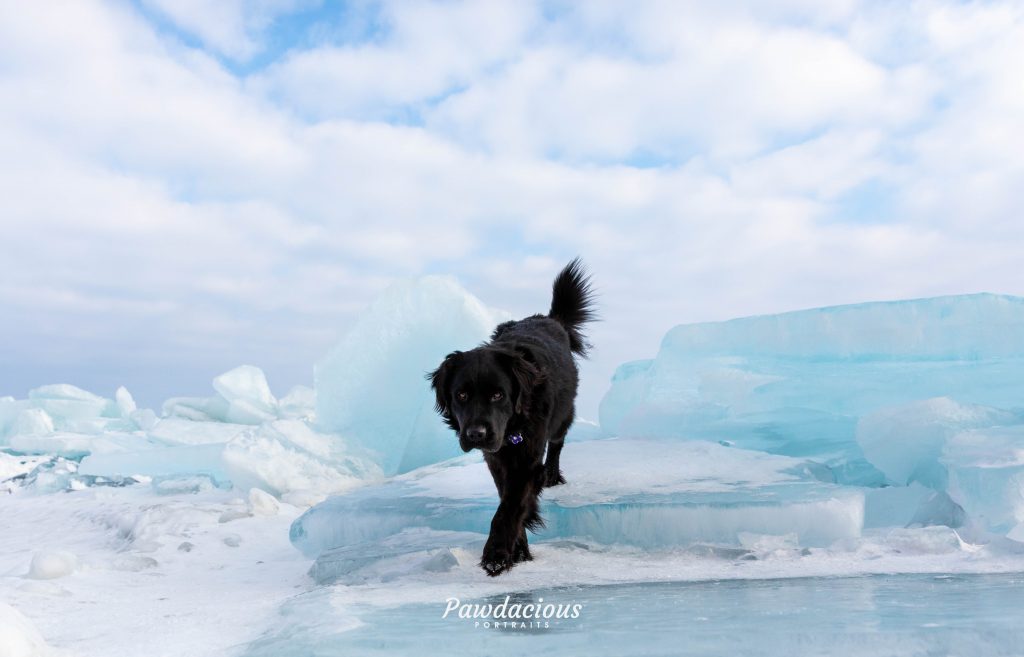 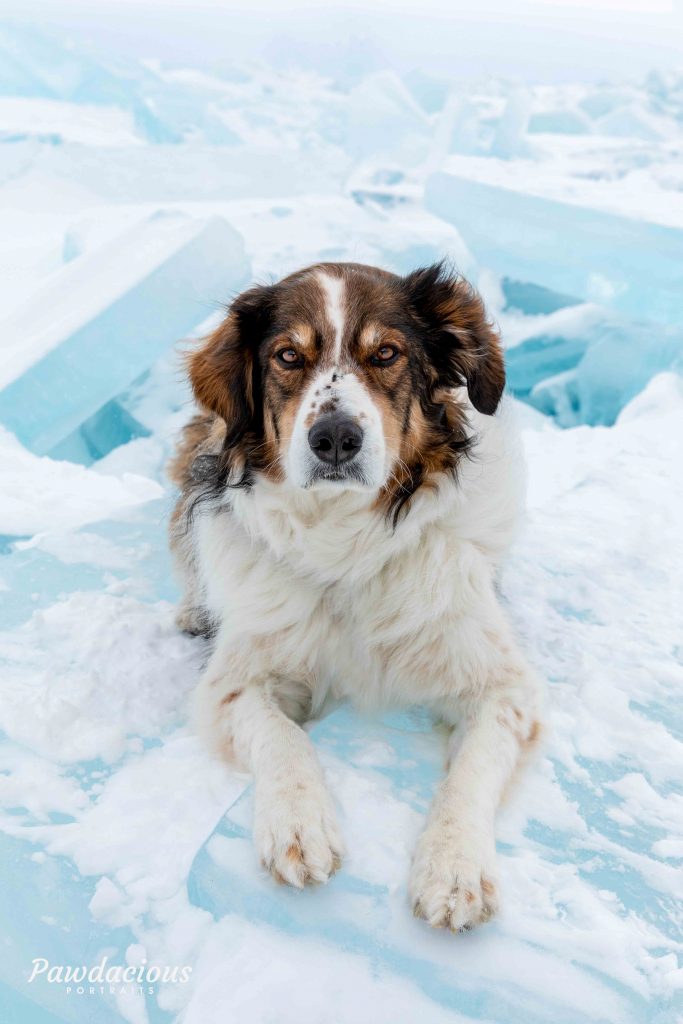 I would have scheduled clients and gone back more except that the weather has alternated between 8” of snow (can’t see the blue ice at all) or temperatures in the high 30’s and open water near the blue ice since then.  As of late February it’s not safe to go on the ice anymore.

Why does the ice look blue?

Blue ice occurs when there are few air bubbles, affecting how the light is reflected back.

Where is the blue ice in Michigan?

Along the lakeshore of Mackinaw City, at the south end of the Mackinac Bridge. 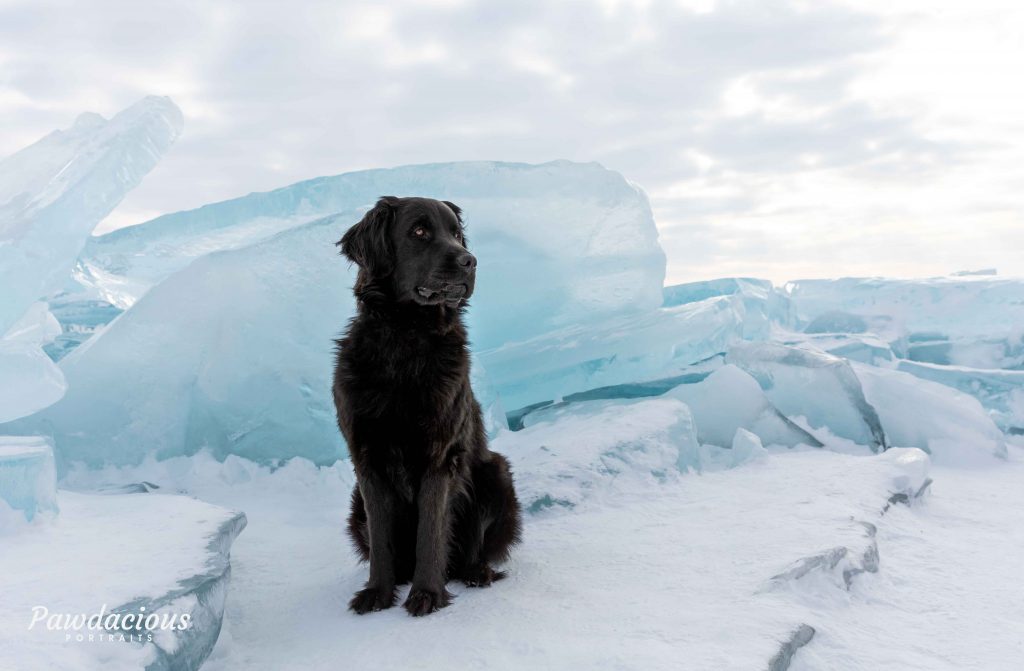 Is there still blue ice in Mackinaw City?

You may still be able to see it from the shoreline, but as of the end of February I don’t believe it’s safe to walk out to the blue ice.  A lot of people will say that it’s never safe to walk out to the blue ice.  I felt comfortable the two days I went, but the next day it had warmed up too much and the risk of open water is much higher.  At this point I wouldn’t risk it.  But if there is a week where the temperature doesn’t get above freezing I would reevaluate (if the blue ice is still there at all by then).  Update:  as of early March some of the blue ice has shifted over to Mackinac Island and there is a lot of open water around the ice so I definitely would not risk going to it.


Want better photos of your own pets?  Join the free Facebook group, Pet Photography Tips for pet parents, and learn how to not only get better images of your pets, but how to make it more fun for them, too.  Pet Photo Bingo starts at the end of March, you won’t want to miss out on the fun (and prizes)!  Sign up to get your bingo card by clicking here. 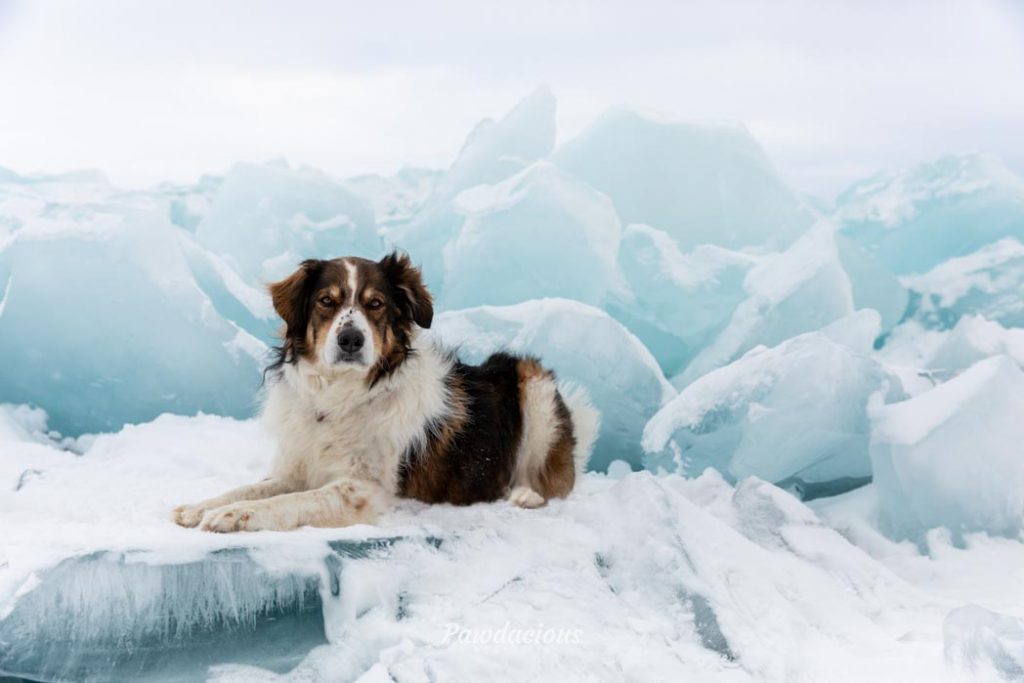